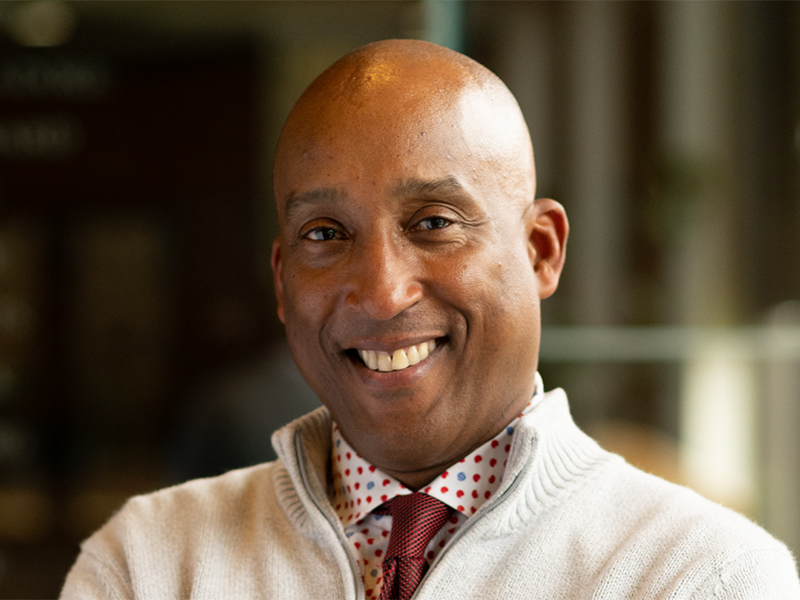 As part of our library’s celebration of Black History Month, join local resident and current English teacher at Stow-Munroe Falls High School, David Lee Morgan, Jr. as he shares insights from his decades-long career in journalism, as well as his recent pivot to education, where he co-leads the high school's Bulldogs Taking Action club and teaches a class on diverse literature.

Morgan is an award-winning sportswriter, author, producer and motivational speaker. Morgan has worked at several newspapers, including The Warren Tribune-Chronicle, The Raleigh News & Observer, The Youngstown Vindicator, The Binghamton Press & Sun Bulletin, and The Akron Beacon Journal. He was also a reporter for WYTV-Channel 33 in Youngstown, Ohio, an ABC affiliate.

During his 15 years with The Akron Beacon Journal, Morgan covered high school sports, the University of Akron athletics, the Cleveland Cavaliers and helped cover the Cleveland Indians during their 1997 World Series run. Morgan also covered NBA player LeBron James extensively, from his AAU participation in sixth grade to his high school playing career.

Morgan is the author of multiple books, including the first biography of LeBron James. Most recently he was a producer on the Emmy-winning sports documentary, Lines Broken: The Story of Marion Motley.

Registration for this free program begins January 3. To register, visit events.smfpl.org or call (330) 688-3295 ext. 4. This event is co-sponsored by the Stow-Munroe Falls Diversity, Equity, and Inclusion Initiative.